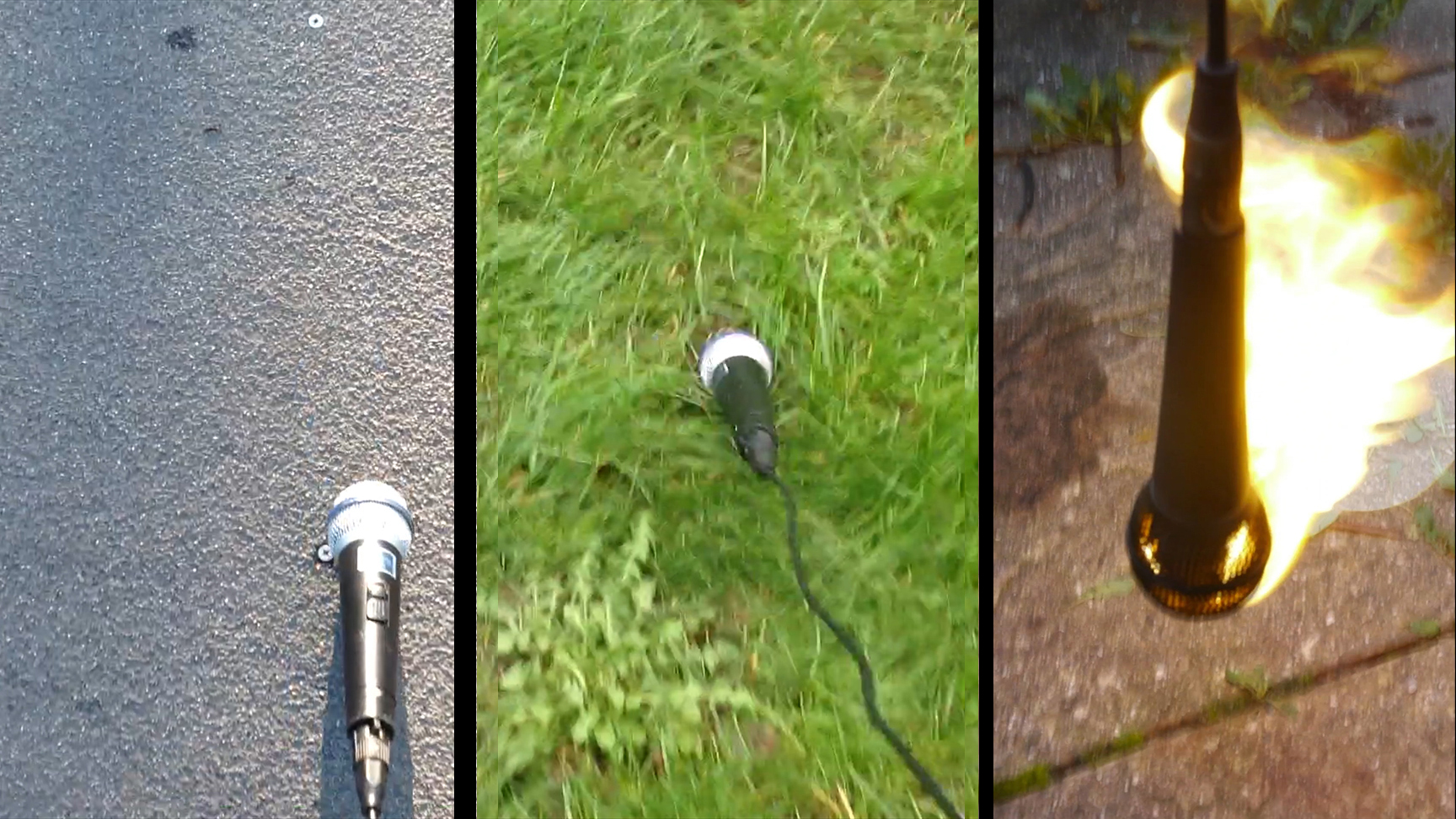 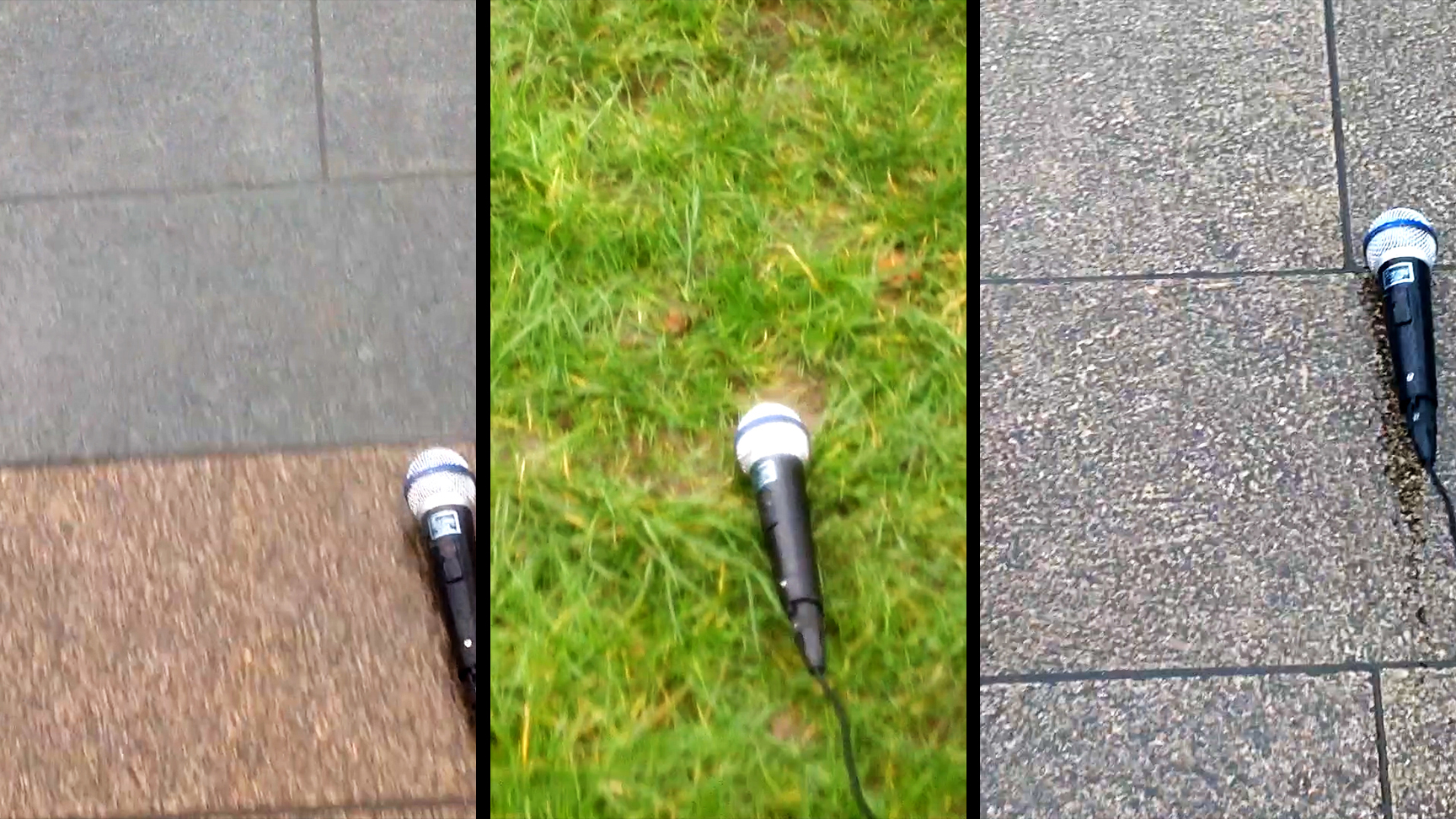 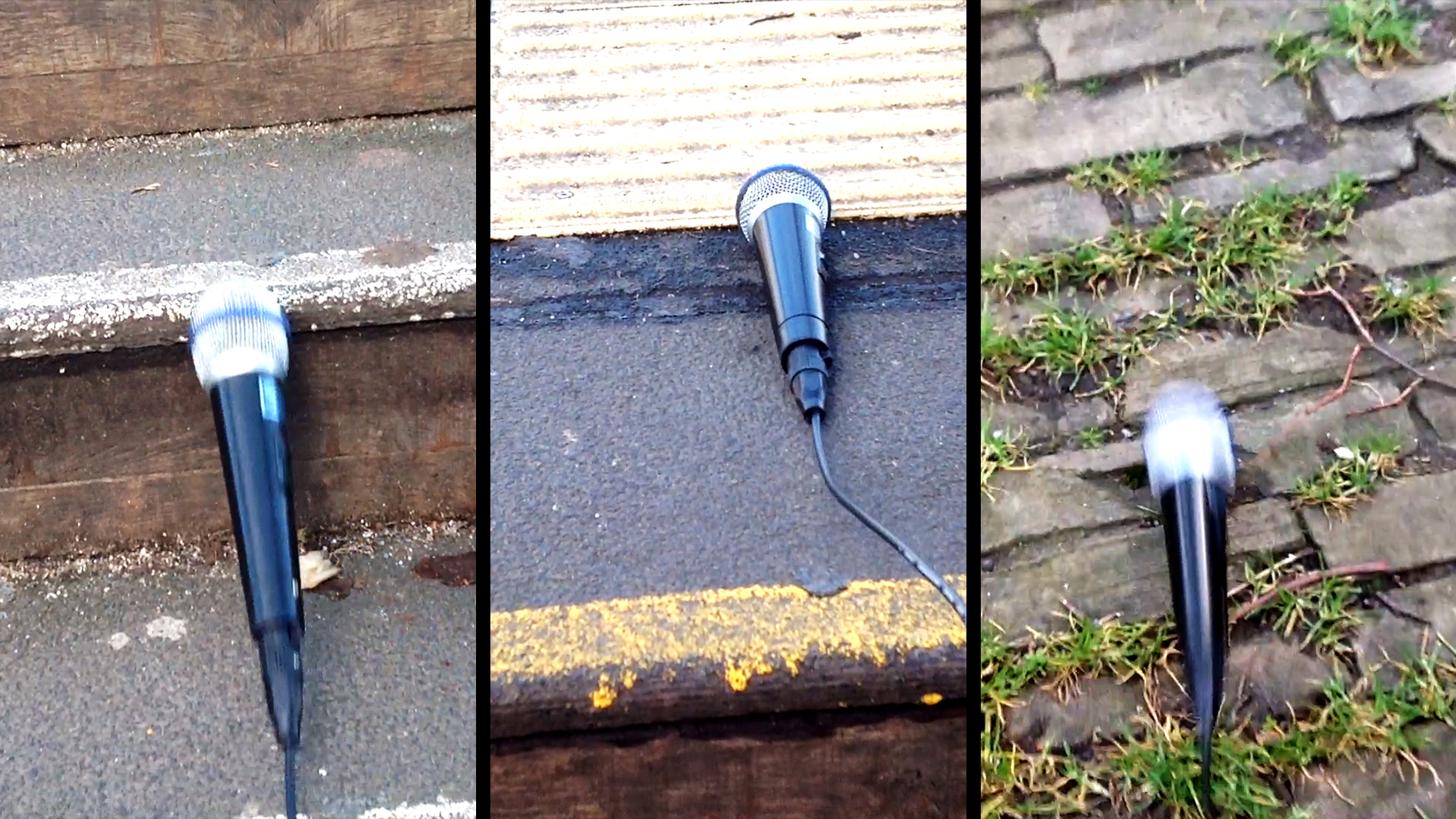 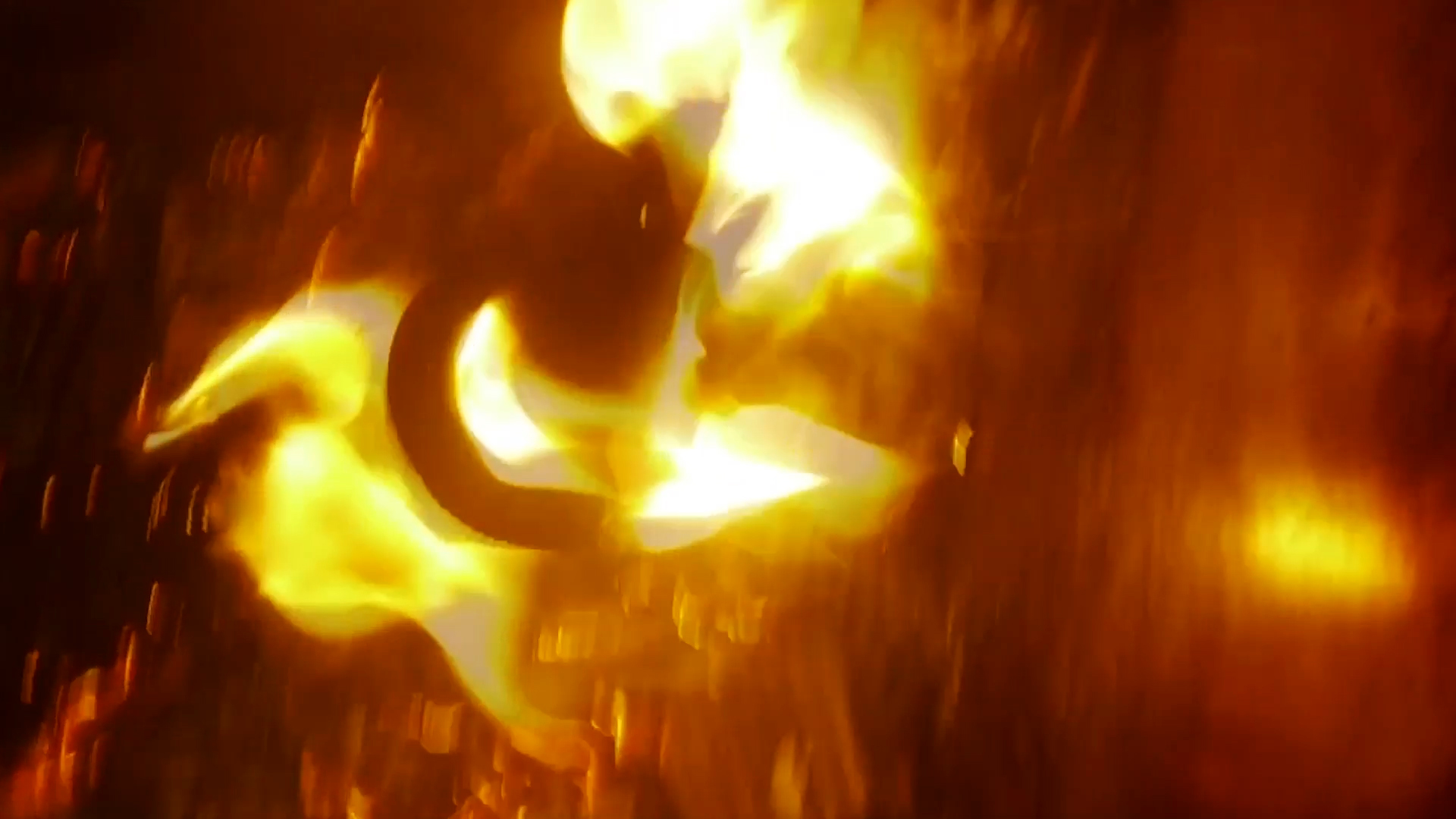 Dry Friction is a multichannel video installation, that revisits Microphone as a political apparatus, contemplating on its contribution in alternating social structures.

Since its nuance birth, the technology adopted symbolic roles in validating authoritative discourse. The rational functionality of the technology is to translate mechanical sonic waves into electrical energy. Along this physical process, the instrument possessed the power to amplify chosen sonic frequencies over others. It also has the faculty to displace sound and confiscate its original qualities.

The installation displays a poetic narrative of justice, dragging the microphone to an act ‘act of execution’. The work forcefully reverses the authoritarian power of the instrument, equalises competing frequencies into dense layer of Noise.